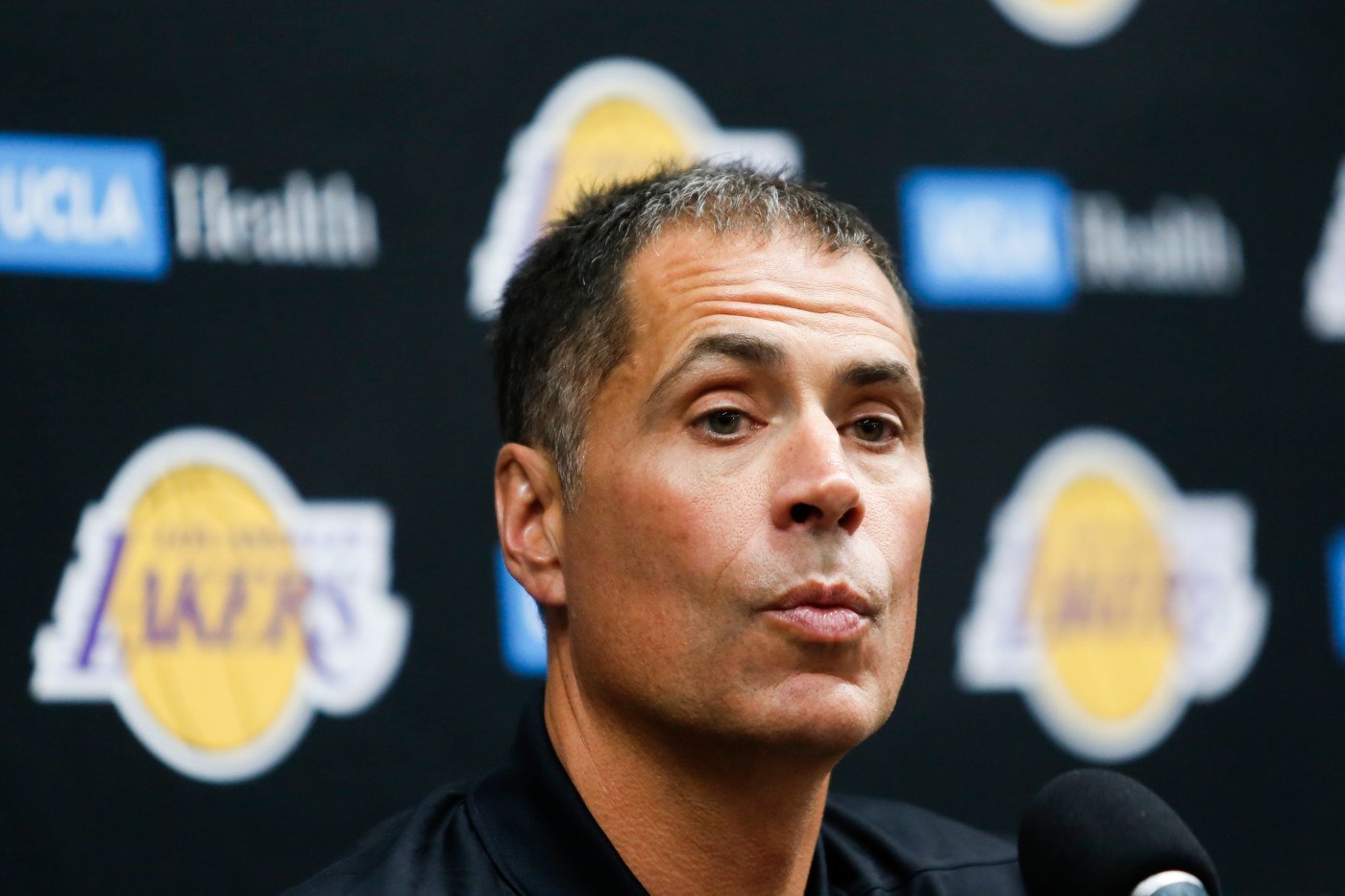 On Tuesday afternoon, Lakers general manager Rob Pelinka was back at work, in his office in El Segundo with a large clear window that overlooks the practice court.

But the familiar surroundings belie the singular circumstances that Pelinka, the Lakers and the NBA find themselves in just a month out from a planned restart in Walt Disney World — and most of the questions he’s facing are completely new.

Most pressingly, the Lakers are still waiting to confirm that Dwight Howard will joining them when the team flies to Orlando on July 9. Already without starting guard Avery Bradley, the Lakers are hopeful that one of their most impactful bench players throughout the season will agree to play. Howard averaged 7.5 points and 7.4 rebounds per game this season in a surprise return to the Lakers that has gone much more smoothly than his previous stint, and he’s been a part of some of the team’s most effective lineups.

Howard has spent much of the hiatus in his home state of Georgia, and he has dealt with the death of the mother of one of his children. Pelinka acknowledged that there has been an ongoing discussion about how Howard can take care of his son if he chooses to play, which could mean staying in Florida for more than three months. The Lakers intend to submit their final roster to the NBA by Wednesday.

“We are going to continue to work through those extenuating circumstances with Dwight, support him, support his 6-year-old son and hope for the best that he would be a part of our roster in Orlando,” Pelinka said. “But that will be a continued process.”

In his third full season, the Lakers’ GM has learned to live with fluidity. The team plans to start its first official training camp season on Wednesday with individual workouts and coaches present, however that plan was pending the results of COVID-19 tests that are now administered every other day. Phoenix, Denver, Brooklyn and New Orleans have seen planned sessions stall because of positive COVID tests in the last week. The NBA and NBPA said 16 of 302 players tested positive in the initial screening on July 23.

Pelinka demurred on a question of whether he expected all players to be available when camp begins.

“That question changes moment-to-moment, test-to-test,” he said. “So that’s the best I can do.”

That level of risk, along with a restrictive plan that will keep families out of the Orlando campus for at least the first few weeks, has led to difficult decisions like the one Bradley made to not play out the season. Pelinka said he had hoped Bradley would add his toughness and tenacity that he’s brought during the 49-13 start to the season, but that the Lakers understood.

“They made a decision that the risk was too high, given the medical situation and the extenuating circumstances around that,” Pelinka said. ” And I think for us, that was a process we wanted to stay close with Avery and his …read more