With single-use bag ban back, you’ll be paying for grocery sacks again 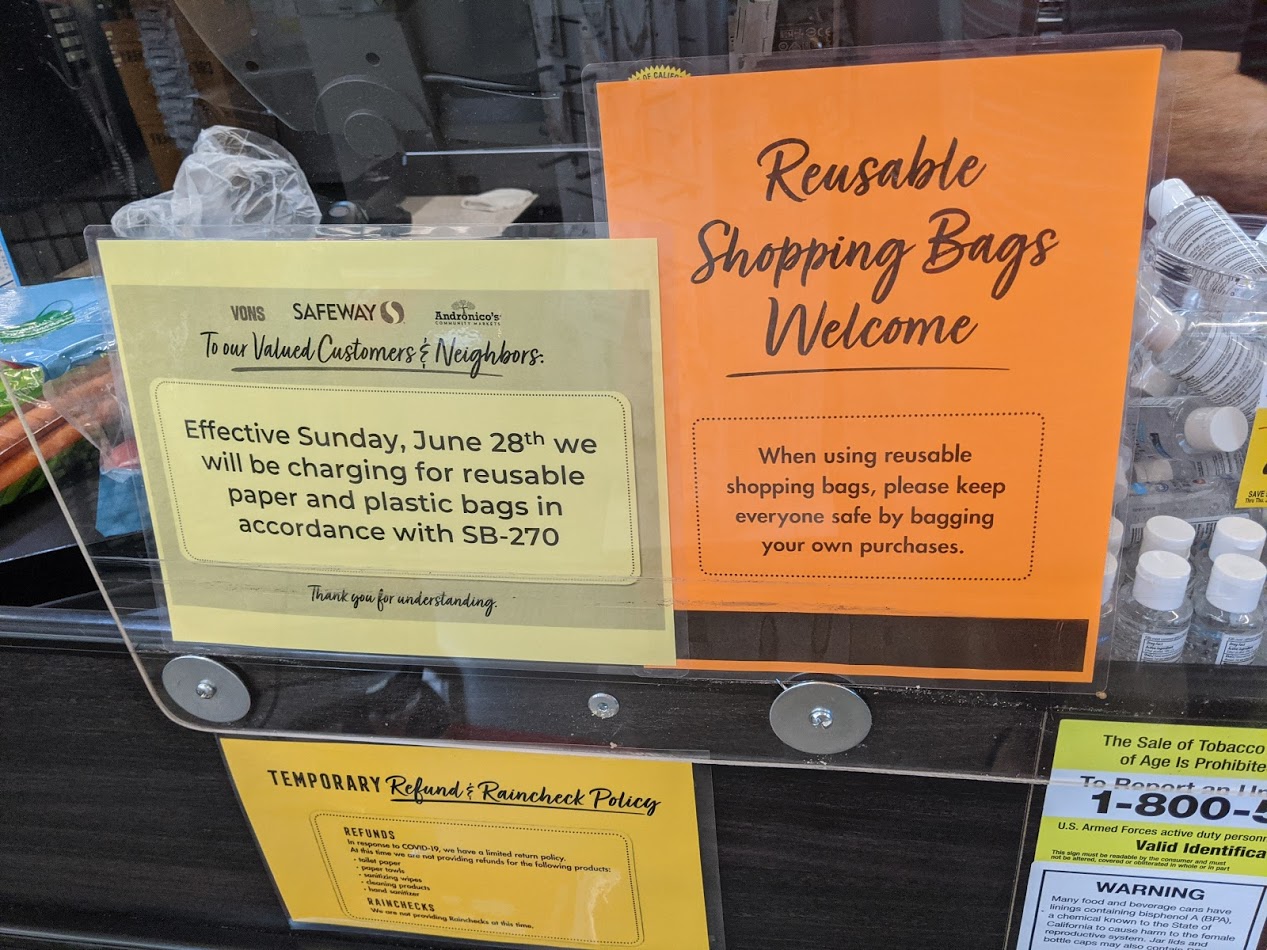 Get ready to pack your own reusable bags again, or pay for 10 cents for store bags when you go shopping, if you aren’t already.

Suspension of the state law came after some retailers unilaterally stopped allowing reusable bags out of concern that they could contribute to the spread of COVID-19.

Now, environmentalists are celebrating the return of the single-use ban. They — along with many health experts — say reusable bags pose little health risk, particularly if they’re washed regularly and handled only by the shopper.

Additionally, the Center for Disease Control has updated its guidance, noting that there’s been no documentation of anyone catching the coronavirus from an inanimate surface.

“Transmission of coronavirus occurs much more commonly through respiratory droplets than through objects and surfaces,” according to the CDDC website.

The Ralphs-Kroger-Food 4 Less and Vons-Safeway chains are preparing to allow reusable bags in stores where they had been temporarily banned and, by next week, will start charging 10 cents for store bags. Four other major grocery chains contacted by the Southern California News Group did not respond to inquiries, but most are expected to follow suit.

The California Grocers Association said it has notified its members of the rule change and indicated no opposition to resuming use of reusable bags.

“We defer this decision to local health authorities, who know best how to proceed,” said association spokesman Dave Heylen. “Cal-OSHA has provided guidelines for store employees to follow in the event a customer brings their own bag.”

People are refusing mandatory orders to wear masks on flights, and it's causing mayhem with other passengers

The United Food & Commercial Workers union, which represents grocery workers and declined comment for this story, does not appear to have taken a position on reusable bags.

Environmental groups have been pushing steadfastly against efforts to reintroduce single-use bags and other single-use plastics, arguing that they are no safer than their reusable counterparts. Some say reusables are even safer because the owner knows exactly where they’ve been.

The groups say efforts toward the elimination of disposable plastics needs to continue in order to reduce litter, a threat to marine life, non-biodegradable landfill waste and greenhouse gases produced by the manufacture of plastics.

“We understand that, out of abundance of caution, in the early days of the COVID-19 pandemic, some retailers and even some county public health officers chose to temporarily discourage consumers from bringing their own reusable bags into stores,” said Mark Murray, executive director of Californians Against Waste. “(But) there was never any evidence that COVID could be or has been transmitted via reusable bags.”

A document signed by more than 110 health experts from 18 countries makes the case that reusable products — including bags, containers and food service utensils — are no less safe than …read more