LAUSD board hears arguments for and against cuts in police department 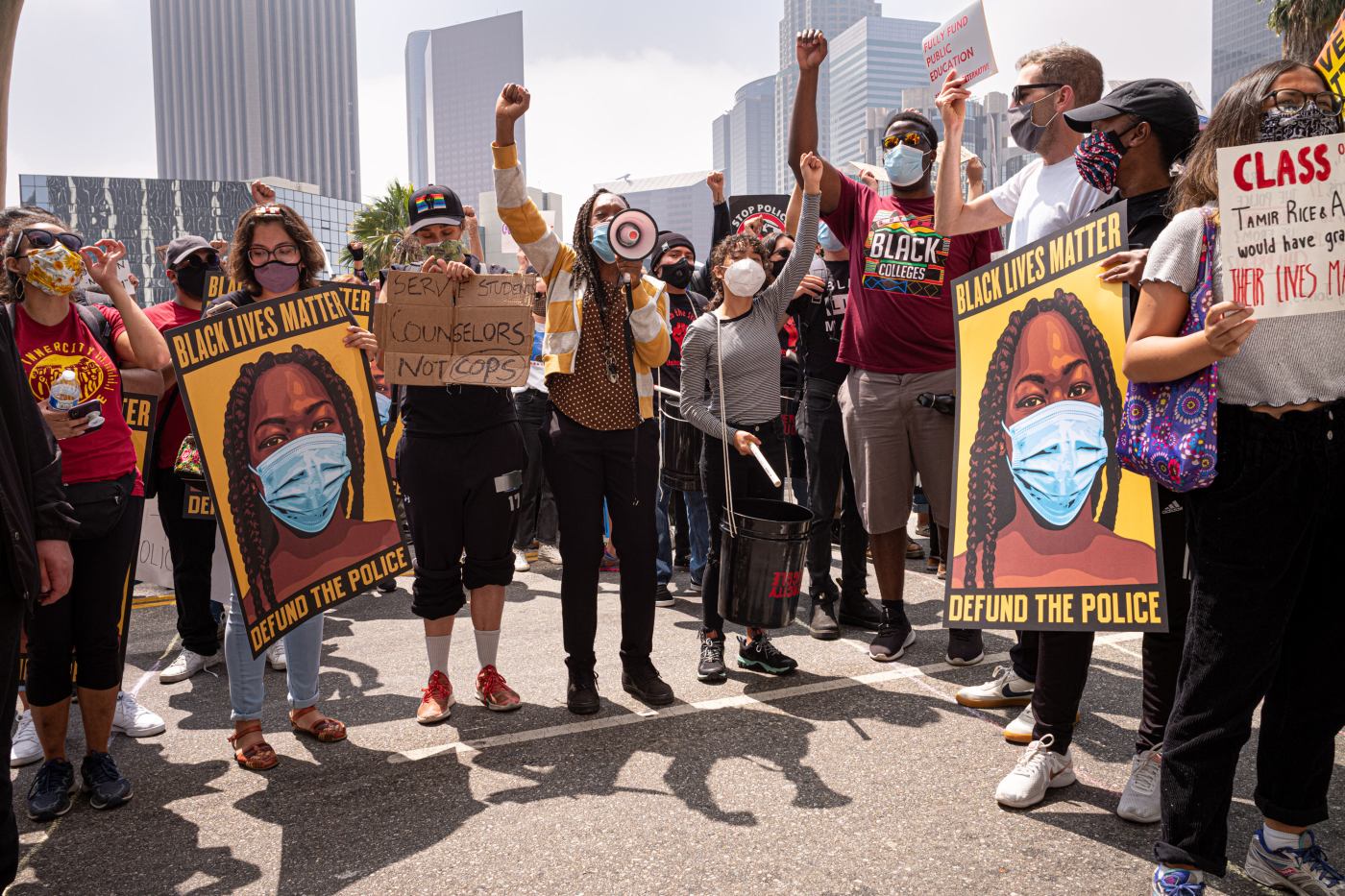 This time, the proposal aimed to slash funding for the district’s police force by 50%. The board had not taken a vote on the matter as of about 3 p.m. Tuesday, after going into closed session about 2:30 p.m., following hours of public testimony on the police issue. .

Board members were deeply divided on a similar proposal last week that offered a variety of options that ranged from eliminating the department altogether to cutting funding by about 25%.

The discussion Tuesday centered around an amendment proposed by Board Member Monica Garcia to cut in half the Los Angeles School Police Department’s $70 million budget. The amendment was debated during a public hearing to pass the district’s $7.7 billion budget.

The proposal is the latest in a wave of such proposals facing community boards, school districts and law enforcement agencies, spurred by the Memorial Day death of George Floyd, a Black man whose in-custody death at the hands of a white Minnesota police officer sparked protests across the state and the nation.

The budget vote on Tuesday would not be the final word on the district budget, however, as it still could face changes due to uncertainties in the state budget. The district plans to return on July 15, when the state is expected to offer another revised budget.

Lawmakers in Sacramento have struck a deal to stem cuts to K-12 education, but the coronavirus has created deep impacts to the budget.

Dozens of speakers largely supported the idea of cutting the police budget in half. Among them were students and parents who said they felt unsafe.

Channing Martinez, organizer for the Labor Community Strategy Center, said it was a historic moment.

“This is going to be remembered,” Martinez said. “We hope you make the correct decision today.”

“There should never be an excuse for black youth to be criminalized in schools,” she said, “especially when it’s a school that’s supposed to be a safe space.”

Meanwhile, Maisha Washington, a Gardena resident and mother of a Black student, said she was thankful for the campus police who help keep her son safe.

“As a parent of a black son who lives this reality that everyone talks about I’d rather my son deal with school police than any other officers,” Washington said. “These officers are taking time to get to know these students.”

“The lies that continue to be told about school officers random searching students are lies meant to pull on the heart strings of the public and designed to create outrage,” Morris said. “Who is …read more