LA leaders back buyout plan for city workers, in bid to prevent furloughs 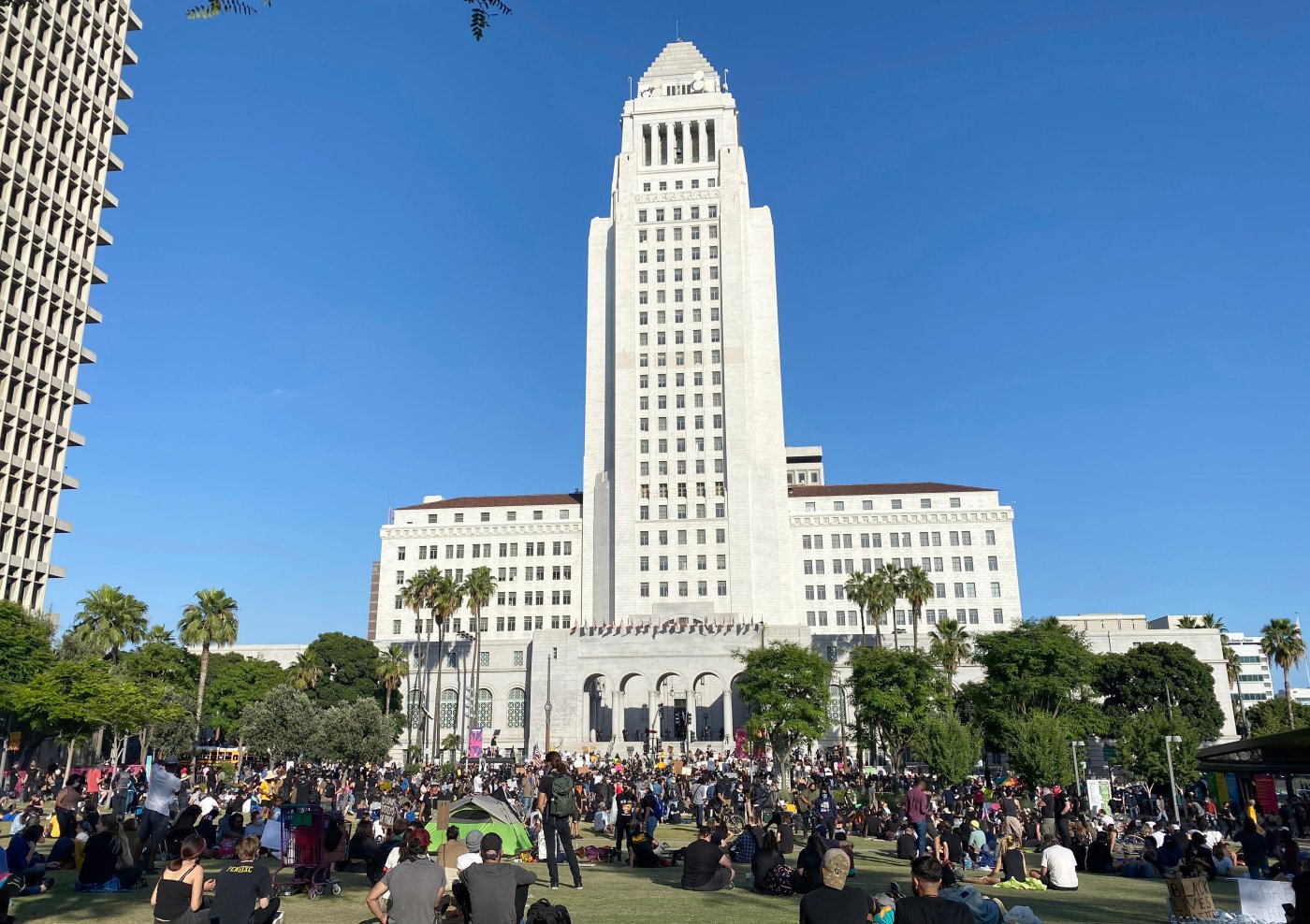 The Los Angeles City Council on Tuesday approved a buyout package for potentially thousands of city workers, and signaled its support for $150 million in cuts to the police department budget as part of a set of budget adjustments, as city leaders work to head off financial woes anticipated in the new fiscal year starting July 1.

The buyout plan, and the budget adjustments, if also approved, would come as the city embarks on an uncertain fiscal year, with business closures prompted by the novel coronavirus crisis expected to continue depleting municipal coffers.

Councilman Paul Krekorian, who chairs the council’s budget and finance committee, noted Tuesday that the city’s economic health was already getting slammed as they new fiscal year arrived. The reserves that had been built up over eight years since the last economic downturn were “decimated in three months,” as the coronavirus pandemic took its toll, he said.

Krekorian said the package of adjustments proposed for the budget poised to go into effect Wednesday is “a good work product (created) in a terrible situation.”

“This was one of the most challenging budget times that the city has ever faced in its history, and it only got worse since then,” he said.

After the mayor released his $10.5 billion budget proposal in April, city officials were hit with the grim news that earlier revenue projections used to create that now-adopted spending plan may have been too optimistic.

City departments face potentially more cuts during the new fiscal year, with finance office estimates projecting revenues will be short by an additional $45 million to $409 million beyond the mayor’s plan.

City leaders have stated they plan to treat this year’s budget as a placeholder, and are expected expected to monitor revenue levels throughout the year, returning to it as needed to make adjustments.

How to watch UFC 251: UFC's 'Fight Island' starts this weekend with 3 championship matches

As of Tuesday, these were the changes that are expected to be incorporated into city’s fiscal roadmap for the next 12 months:

City employee cuts: The council signed off on a buyout plan, proposed by the city’s civilian employee unions, that would offer buyouts of up to $80,000 each to more than 2,800 eligible workers. City officials estimate the savings could be about $58 million, if all eligible city employees take the buyout plan, or $23.2 million of half of those eligible retire with this buyout plan.

This proposal is meant to stave off planned city employee furloughs that would have amounted to a 10% pay cut for around 15,000 civilian city workers. The council on Tuesday also approved a motion delaying the planned furloughs for at least the first quarter of the coming fiscal year, to give time for employees to consider the buyout offer.

Krekorian said this attempt to offer a separation incentive package was motivated by worries “about the service impacts and morale impacts that our workforce would suffer if we had a furlough imposed on virtually all of our civilian employees.”

Defunding the LAPD: A plan to trim the $1.9 billion Los Angeles Police Department budget by $150 million is expected to be officially …read more