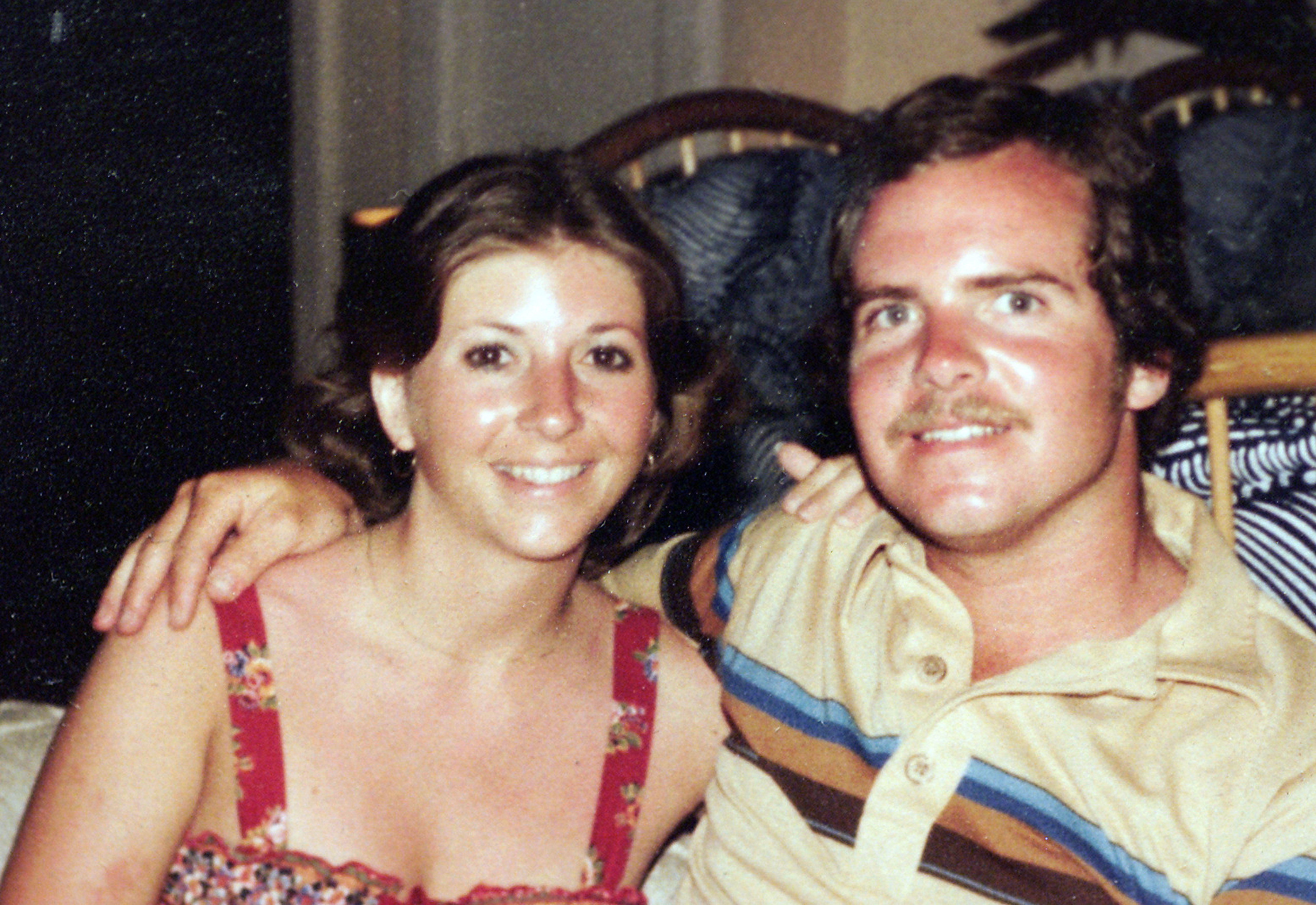 For seven hours Monday, family members of the dozens of victims of the Golden State Killer listened while he croaked out his guilty pleas.

With a plastic visor covering his face, Joseph James DeAngelo Jr. — mouth agape, seated between his attorneys and dressed in an orange jail jumpsuit, sitting behind a table on top of a stage in the middle of a university ballroom — pleaded guilty to 13 murders and 13 kidnappings he committed over about 13 years across California.

In case after case, DeAngelo, 72, admitted his guilt. In 161 other crimes, including rapes, robberies and burglaries, DeAngelo was not charged, but he admitted he did those, too.

Keith and Patty Harrington, a newlywed couple who lived in Dana Point in 1980, are believed to be victims of Joseph DeAngelo, the Golden State Killer.(Courtesy of the Harrington family)

Janelle Cruz was raped and bludgeoned to death in Irvine in 1987. She is believed to be a victim of Joseph DeAngelo, the Golden State Killer.

Manuela Witthuhn, 28, was bound, raped and bludgeoned to death in the bedroom of a single-story house on Columbus in Irvine. She was alone. Her husband, David, was being hospitalized for a viral infection. DNA taken at the scene was linked to the “East Area Rapist”. (File photo)

A photograph of Lyman Smith and stepmother, Charlene Smith were both bludgeoned to death by the so-called “Golden State Killer.” (Photograph courtesy of Jennifer Carole)

Each time, the 74-year-old DeAngelo slowly leaned forward to speak into the mic, then haltingly entered his plea. Sometimes his head swayed, or nodded slightly, often with his eyes closed.

In meticulous, brutal detail, county prosecutors from up and down the state recounted each of DeAngelo’s crimes, including dozens of uncharged rapes.

All the while, the family members, spread across the ballroom in chairs spaced six feet apart, watched him intently.

Ron Harrington and his brother, Bruce, stood for much of the hearing, directly in front of DeAngelo.

“I wanted him to have to make eye contact with me,” Ron Harrington said. “I can’t honestly say he did, but I wanted to do to make sure he would have to avoid me if he looked up.”

The Harrington family has waited decades for this moment. Their brother, Keith, was killed in his bed in his Dana Point home in 1980. Also killed was his wife, Patrice Harrington. The couple was among four victims DeAngelo killed in Orange County between 1980 and 1986.

Ron Harrington said hearing DeAngelo’s crimes described in such detail made him feel “physically sick.” He said DeAngelo’s feeble appearance on Monday “was a facade.”

“This guy is just the most brutal, heinous, sadistic man — I mean he is just a violent sexual predator,” he said. “He absolutely deserves and should be executed … you really kind of had to restrain yourself from not just running up on the stage and wringing his neck.”

DeAngelo, as he has …read more