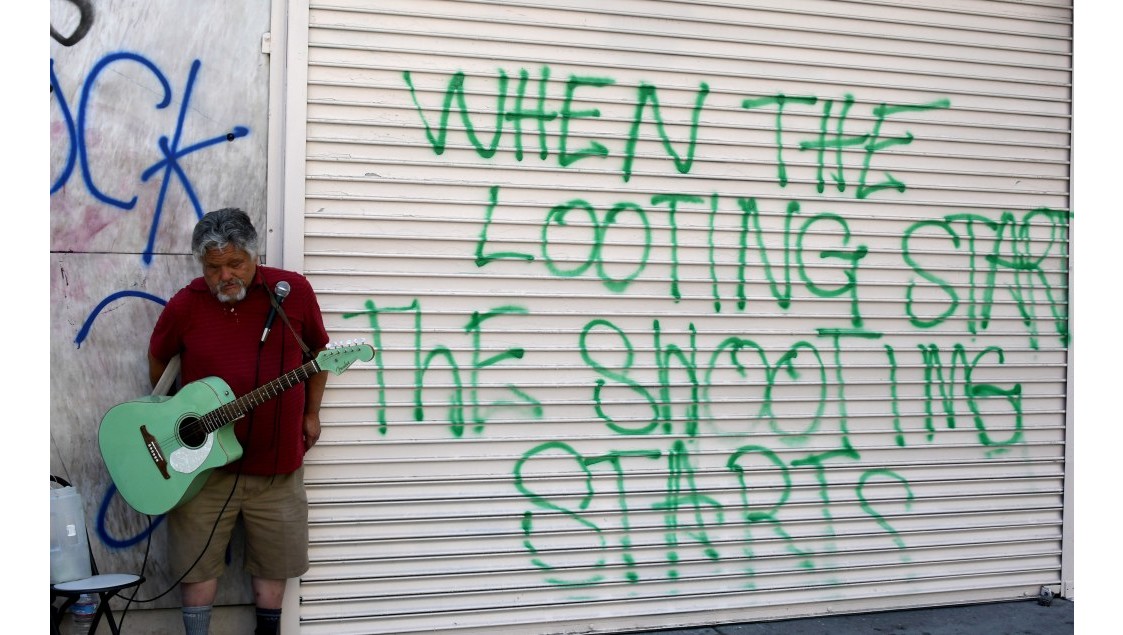 LOS ANGELES — Authorities Monday unveiled the multi-agency SAFE LA Task Force’s webpage, where people can view photos of suspects wanted for involvement in looting, arson and other serious crimes that occurred during recent protests and demonstrations against police brutality.

The task force webpage — www.lapdonline.org/safelatips — was launched with the assistance of the FBI, according to the Los Angeles Police Department.

“The intended purpose of the SAFE LA Task Force is to conduct criminal investigations for significant crimes during the protests and demonstrations in Los Angeles which started on May 29,” according to an LAPD statement.

At a news conference outside LAPD headquarters, Deputy Chief Kris Pitcher said the task force has investigated more than 150 assaults on officers and civilians, including five attempted murders of officers, and has made arrests in four of the attempted murder cases, with charges filed against suspects.

Several arsons are also under investigation, along with dozens of looting incidents and the destruction of seven police vehicles, Pitcher said.

“The purpose of the webpage is to request the public’s assistance in identifying suspects of looting, burglary, robbery, vandalism, arson and assault crimes in the city of Los Angeles during the protests and demonstrations,” according to a police statement. “The webpage will contain pictures and video of suspects to be identified.”

The US Catholic church may be the largest recipient of federal coronavirus aid, with as much as $3.5 billion, AP analysis says

Tipsters who provide credible information that leads to an arrest may be eligible for rewards of up to $10,000. Anyone wishing to remain anonymous should call 213-486-6840. Tipsters may also submit an online tip, video, or pictures to SAFELATIPSlapd.online