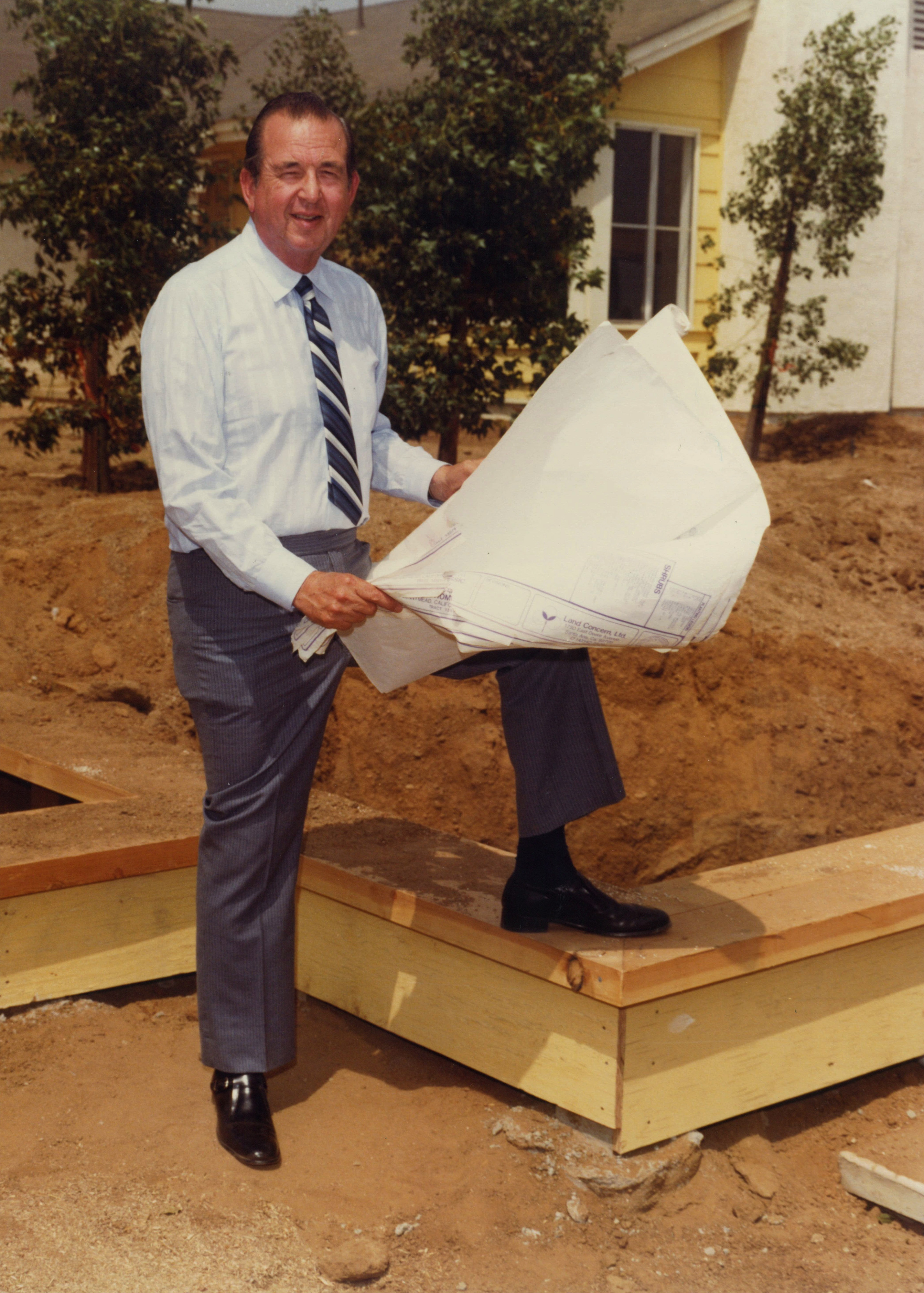 William Lyon made his fortune following the freeways. Wherever the roads ran, that’s where the Air Force general-turned-homebuilder would mobilize construction crews, eventually building much of Orange County among many projects across the Southwestern U.S.

Lyon, one of Orange County’s wealthiest and most influential residents, died Friday, May 22 at his hilltop estate in Coto de Caza, his son Bill H. Lyon said. He was 97.

The General, as he was known because of his stint as an Air Force Reserves commander, continued to show up at the offices of the company that bore his name until about two years ago.

His son said he died peacefully of natural causes at his home and that COVID-19 was not a factor in his death.

Maj. Gen. William Lyon at the Pentagon during the late 1970s, when he served as commander of the U.S. Air Force Reserves. (Photo courtesy of William Lyon Homes)

General William Lyon sits and laughs with his wife, Willa Dean Lyon as they listen to the speeches the speakers prepared in 2013. (Photo by ISAAC ARJONILLA, ORANGE COUNTY REGISTER/SCNG)

General William Lyon will pilot one of the few flying WWII B-17 bombers, the “Fuddy Duddy,” from John Wayne Airport to Andrews Air Force Base in Washington, DC. in this 2007 file photo. (Photo by MINDY SCHAUER, THE ORANGE COUNTY REGISTER/SCNG)

General William Lyon smiles during his surprise luncheon birthday party in 2013 held at the Lyon Air Musuem. Lyon celebrated 90 years of age; at his party, close friends had the opportunity to talk about their personal experiences with Lyon and talk about his strong personality which helped him become a great leader throughout his life. (Photo by ISAAC ARJONILLA, ORANGE COUNTY REGISTER/SCNG)

Deputies arrested a Santa Ana man after he attempted to rob a Chase Bank on Rosecrans Avenue in La Mirada on Friday, May 22, 2020. (Google Maps)

Gen. William Lyon bids farewell after hosting a media day in 2011 for his exhibit of rare and luxury Duesenberg cars at the Lyon Air Museum in Santa Ana. They will be on display July 9-24. (Photo by MINDY SCHAUER, THE ORANGE COUNTY REGISTER/SCNG)

General William Lyon and son Bill share a lighter moment at Orangewood Children’s Foundation’s “Wind Beneath My Wings” gala at the Lyon Air Museum at Orange County Airport in 2004. (Photo by ANN CHATILLON)