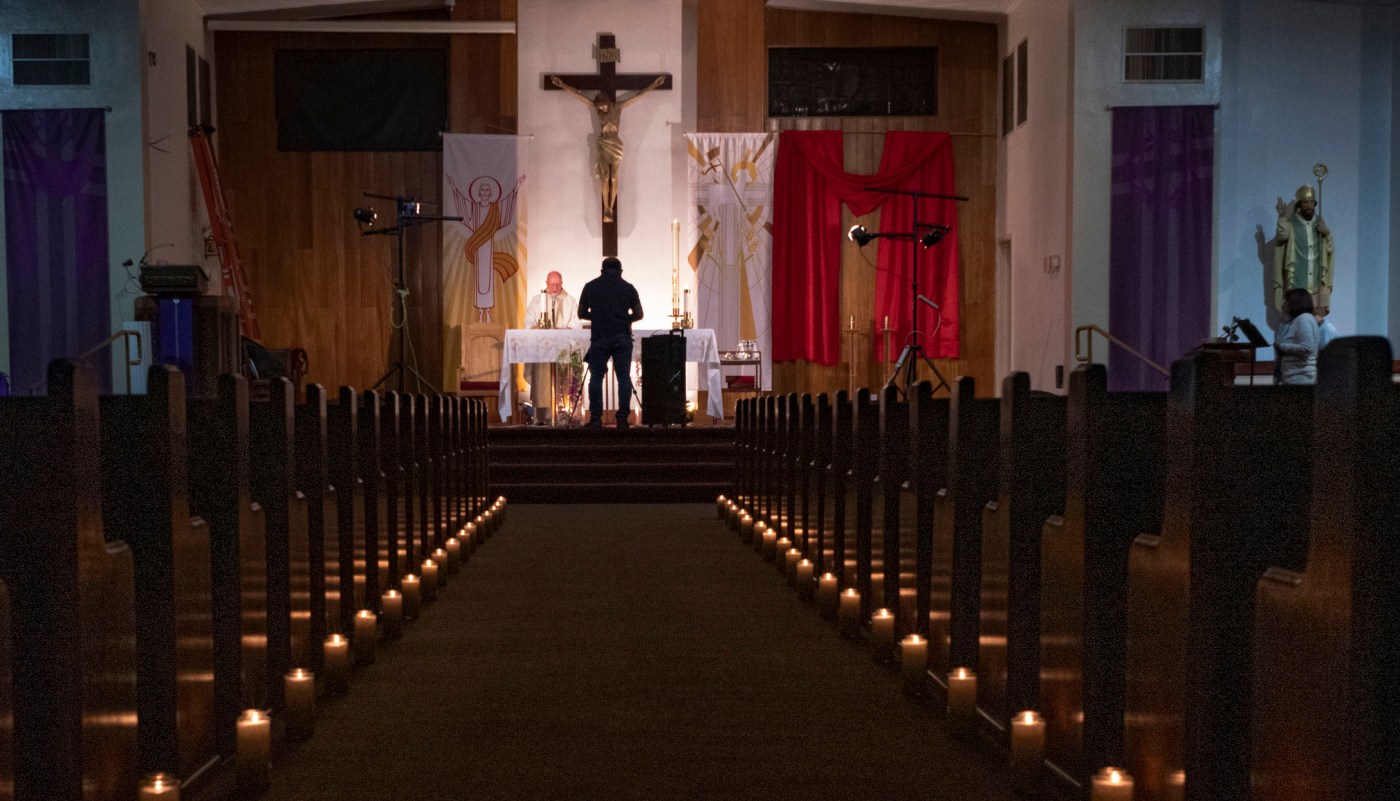 With the prospect of thousands of California churches defiantly opening at the end of the month and President Donald Trump threatening to use unclear authority to make it happen even faster, Gov. Gavin Newsom announced Friday that the state will soon release guidelines to resume in-person religious services.

But Newsom, who said the guidelines would arrive no later than Monday, stopped short of offering a specific timeline for when religious institutions can start physically welcoming congregants again. He said he has been talking with faith leaders statewide over the past week, ranging from megachurches to neighborhood houses of worship.

“It’s so important that folks understand we deeply understand, admire, the faith devotion,” Newsom said, adding later, “We look forward to churches reopening in a safe and responsible manner.”

The comments came about an hour after Trump deemed places of worship as essential, and threatened to “override” governors if they refused to allow churches to open “right now,” though it’s questionable whether he has the authority to do so.

“Governors need to do the right thing and allow these very important essential places of faith to open right now — for this weekend,” Trump said at a hastily arranged press conference at the White House.

Meanwhile, the Diocese of Orange announced later Friday that public Masses can begin in parishes within the diocese starting Sunday, June 14, which will include vigil Masses on June 13. However, Bishop Kevin Vann has extended the dispensation excusing Catholics from the obligation to attend Mass until large gatherings are deemed safe again.

Parishes should open churches for Mass, but with strict guidelines, a diocesan statement said.

“The pandemic is far from over so we will begin with small steps,” Vann said in a statement. “Realizing that reinfection is a concern, as we saw occurred in Texas and elsewhere, I am asking our pastors to prepare their churches to ensure that these guidelines are followed without exception.”

Disneyland and other California theme parks can reopen in Stage 3, state says

In phase one, the diocese plans to bring smaller groups of healthy Catholics back to a limited Mass with strict social distancing rules. Phase two would permit larger groups, while phase three would allow choirs to return to church and social gatherings to resume, diocesan officials said.

The Archdiocese of Los Angeles issued a statement saying that it closed its churches “out of love for our vulnerable brothers and sisters and out of concern not to spread the disease.”

The Centers for Disease Control and Prevention released new guidance for houses of worship later Friday afternoon. Weeks ago, the CDC had prepared a draft of the reopening guidelines that included measures like maintaining distance between parishioners, limiting the size of gatherings, and holding services outdoors or in large, well-ventilated areas. But that guidance had been delayed for more than a month by the Trump administration, until the president abruptly reversed course and ordered the agency Thursday to get the guidelines out.

Already, places of worship up and down California have pushed back against Newsom with plans to resume in-person services starting May …read more