Trump declares churches ‘essential,’ calls on them to reopen 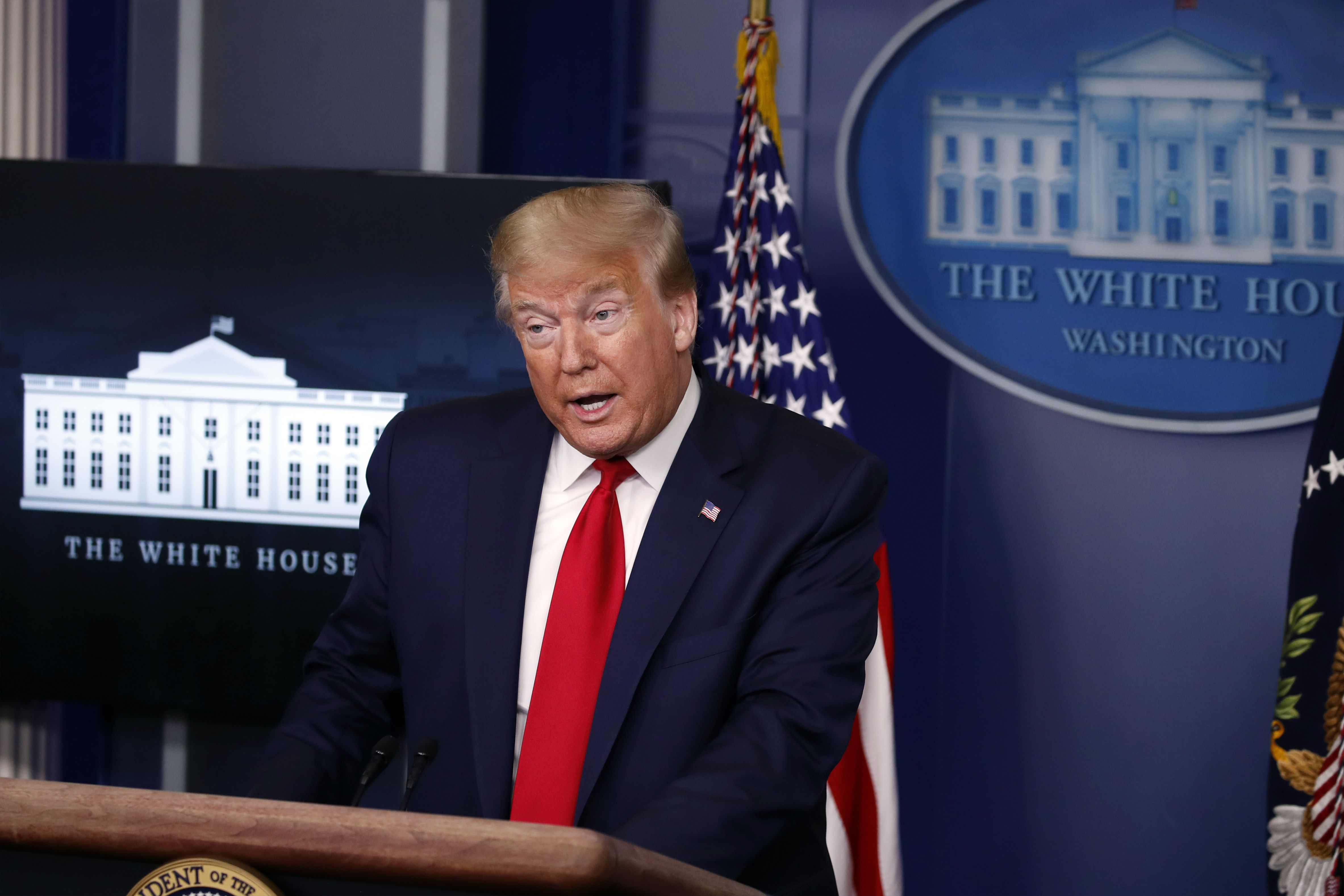 President Donald Trump has labeled churches and other houses of worship as “essential” and called on governors nationwide to let them reopen this weekend even though some areas remain under coronavirus lockdown.

The president threatened Friday to “override” governors who defy him, but it was unclear what authority he has to do so.

“Governors need to do the right thing and allow these very important essential places of faith to open right now — for this weekend,” Trump said at a hastily arranged press conference at the White House. Asked what authority Trump might have to supersede governors, White House press secretary Kayleigh McEnany said she wouldn’t answer a theoretical question.

Trump has been pushing for the country to reopen as he tries to reverse an economic free fall playing out months before he faces reelection. White evangelical Christians have been among the president’s most loyal supporters, and the White House has been careful to attend to their concerns throughout the crisis.

Following Trump’s announcement, the Centers for Disease Control and Prevention released new guidelines for communities of faith on how to safely reopen, including recommendations to limit the size of gatherings and consider holding services outdoors or in large, well-ventilated areas.

Public health agencies have generally advised people to avoid gatherings of more than 10 people and encouraged Americans to remain 6 feet (1.8 meters) away from others when possible. Some parts of the country remain under some version of remain-at-home orders.

In-person religious services have been vectors for transmission of the virus. A person who attended a Mother’s Day service at a church in Northern California that defied the governor’s closure orders later tested positive, exposing more than 180 churchgoers. And a choir practice at a church in Washington state was labeled by the CDC as an early “superspreading” event.

But Trump on Friday stressed the importance of churches in many communities and said he was “identifying houses of worship — churches, synagogues and mosques — as essential places that provide essential services.”

“Some governors have deemed liquor stores and abortion clinics as essential” but not churches, he said. “It’s not right. So I’m correcting this injustice and calling houses of worship essential.”

“These are places that hold our society together and keep our people united,” he added.

Dr. Deborah Birx, coordinator of the White House coronavirus task force, said faith leaders should be in touch with local health departments and can take steps to mitigate risks, including making sure those who are at high risk of severe complications remain protected.

“There’s a way for us to work together to have social distancing and safety for people so we decrease the amount of exposure that anyone would have to an asymptomatic,” she said.

A person familiar with the White House’s thinking who spoke on condition of anonymity to discuss internal deliberations said Trump had called the news conference, which had not been on his public schedule, because he wanted to be the face of church reopenings, knowing how well it would play with his political base.