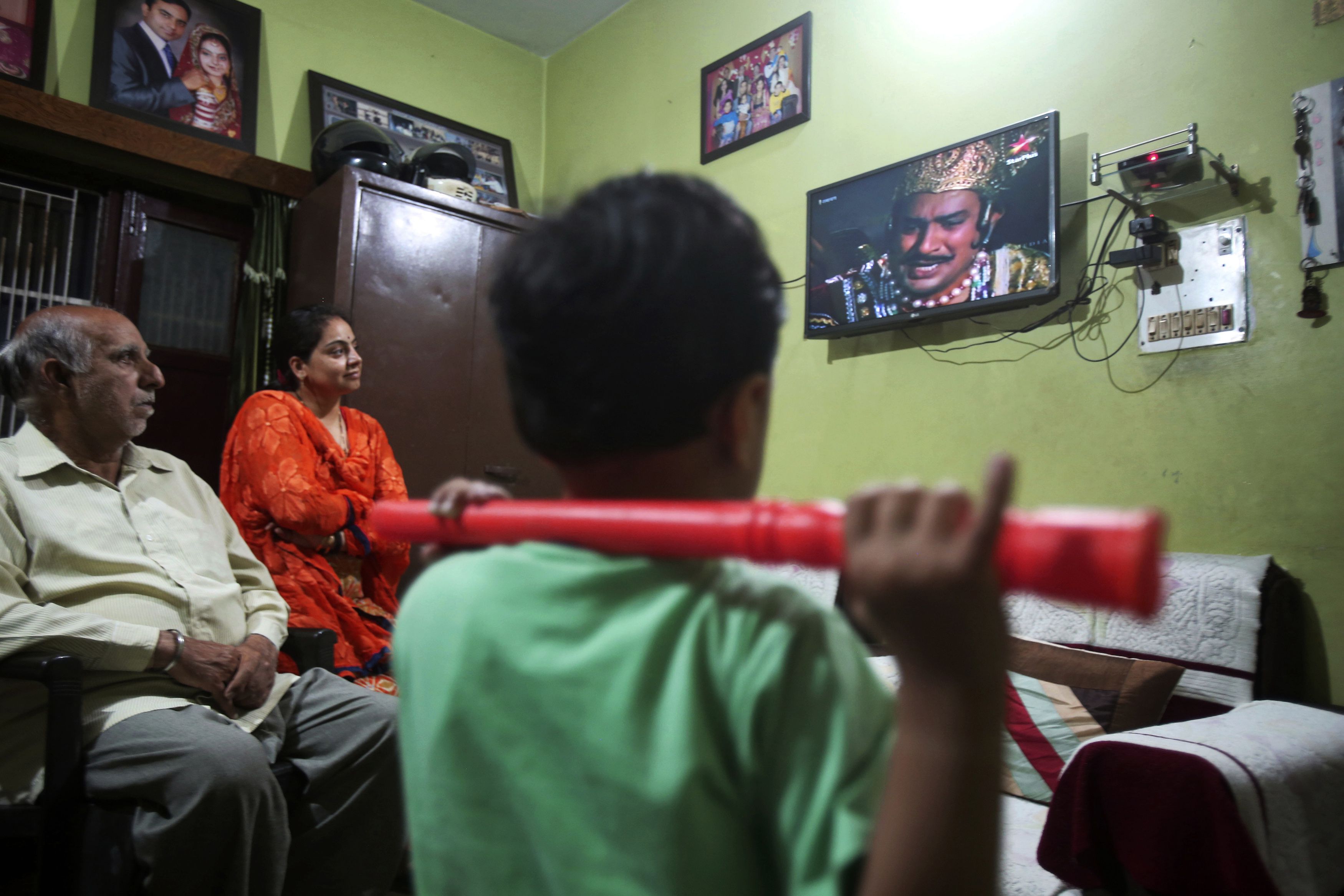 Staying home under lockdown as they wait for the worst of the coronavirus pandemic to pass, millions of Indians are turning to their gods. Not in prayer rooms, but on TV.

Seeking comfort in the certainty of the past, Indians are devouring reruns of popular Hindu religious dramas. They’re drawing on shared experiences of Indian mythology, which is replete with tales of moral and ethical choices in times of crises and invokes the virtues of individual sacrifice for social good.

The country’s public broadcaster has revived epic television shows like “Ramayan” and “Shri Krishna ” – both highly revered mythological tales – and has been rebroadcasting them at prime time every day.

“Shri Krishna,” a TV series originally broadcast in 1993, is an adaptation of life of one of Hinduism’s most popular gods.

In “Ramayan,” a wildly popular series from the ’80s, filmmaker Ramanand Sagar tells the story of Lord Ram, the prince of Ayodhya, who was sent into exile for 14 years and rescued his kidnapped wife Sita from the demon Ravan.

“When the show was first telecast, the streets used to be completely deserted and everyone watched it with devotion. The stories about the victory of good over evil were very engaging, ” said Vijay Kumar Jain, a physician and gastroenterologist practicing in New Delhi and an avid fan of the dramas.

“In this era of crisp and Gen Z content, these figures clearly indicate that there is still demand for values and ethos driven content in the world’s largest democracy,” Prasar Bharti said in a press release.

Meanwhile, on the streets, an epic but tragic drama of another kind is playing out.

Millions of poor migrant workers, hungry and in despair, are walking from cities to their villages after the lockdown took away their jobs and left them to fend for themselves.

Rock & Brews prepare to reopen, minus El Segundo, which falls to bankruptcy

As the COVID-19 caseload in India surges past 100,000, the economy is beginning to reopen with some restrictions. But the anxiety over what lies ahead is running high.

“Showing majoritarian mythologicals when a diverse country faces a human crisis of unparalleled scale may create an illusion of wellness,” filmmaker Dibakar Banerjee wrote in the Indian express newspaper.

“In the midst of a pandemic that levels all, the chosen and the downtrodden, many of us fantasize about a return to a golden, simple past,” he wrote.

Prime Minister Narendra Modi has often invoked Hindu scriptures in his speeches during the lockdown, asking people to do their duty and follow social distancing rules to win the battle against COVID-19.

“There is no bigger force than our enthusiasm and conviction. There is nothing we can’t achieve,” he said in his national address on April 3 , taking inspiration from a verse in the Hindu epic Ramayan.

A court verdict last year paved the way for building a grand Ram temple on a site in northern India where Hindu hard-liners demolished a 16th-century mosque in 1992, sparking deadly religious riots.