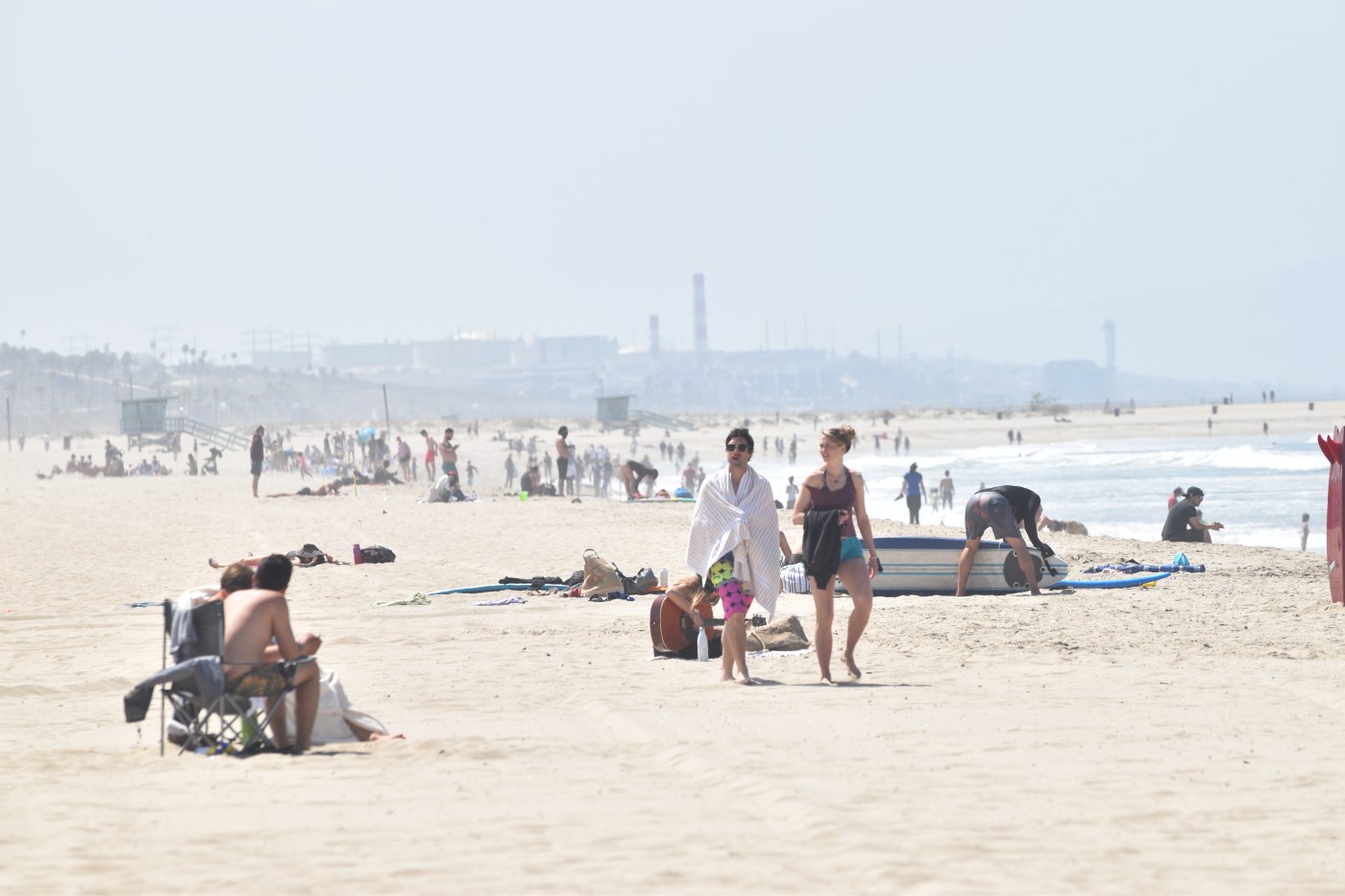 Los Angeles County beaches saw lighter crowds than anticipated on Saturday, May 23, even as officials ushered in the first weekend of reopened bike paths and some beach parking lots. Meanwhile, beachgoers sitting on the sands in Malibu, the Westside and the South Bay saw limited enforcement of the county’s beach rules, which bar the public from using the beaches for anything other than exercise.

While the bike path was teeming with cyclists and runners around Santa Monica, there weren’t the usual hordes of users one usually sees on a normal Memorial Day weekend. The beaches, meanwhile, were even less busy.

“Everyone appears to be taking advantage of the bike path,” said Sgt. Chad Goodwin, a spokesman for the Santa Monica Police Department. No one had received any citations for violating coronavirus-related orders, he added. “Everyone’s playing by the rules.”

At Malibu’s Zuma Beach, where officials reopened a parking lot this weekend, crowds were even thinner than Santa Monica or Venice, something the county’s Department of Beaches and Harbor spokeswoman Nicole Mooradian confirmed to this newsgroup around noon on Saturday.

“At this point, we’ve seen limited crowds,” she said. “Then again, it’s just morning and people tend to come to the beach more in the afternoon.”

Mooradian explained that the county decided to partially open some parking lots at such popular beaches as Zuma, Dockweiler, Will Rogers, Malibu Surfrider and Torrance as a safety precaution.

“We’ve opened these lots to discourage people from parking unsafely, or even illegally,” she said, referring to some visitors at beaches last weekend who parked in travel lanes at Dockweiler Beach.

“Parking is limited. We’re not planning on keeping the lots at full capacity and we’ll determine the capacity by looking at how many people are at the beach and monitoring their behavior.”

If people are showing up one at a time in their own cars, the lots will likely be allowed to be more full, she explained. But if people are piling out of minivans, they’ll allow fewer cars in the lots.

“Our main goal is to prevent overcrowding,” she said. “If the beaches get overcrowded, we may have to shut them down again.”

In preparation for the reopening, Beaches and Harbors brought on 52 volunteers to gently remind beachgoers of the county’s rules, positioning 32 of them at Zuma Beach and another 20 at Will Rogers State Beach, which also saw its parking lot reopened on Saturday.

Wearing a highlighter-yellow vest and a black face covering, Anthony Artry, a county worker in the Department of Social Services, was among the 32 “goodwill ambassadors” who will be walking Zuma Beach from 8 a.m. to 4:30 p.m. all weekend, he said in an interview Saturday.

It’s not a bad gig, he quipped, but he was surprised at the lack of people on the beach and expects bigger crowds on Monday.