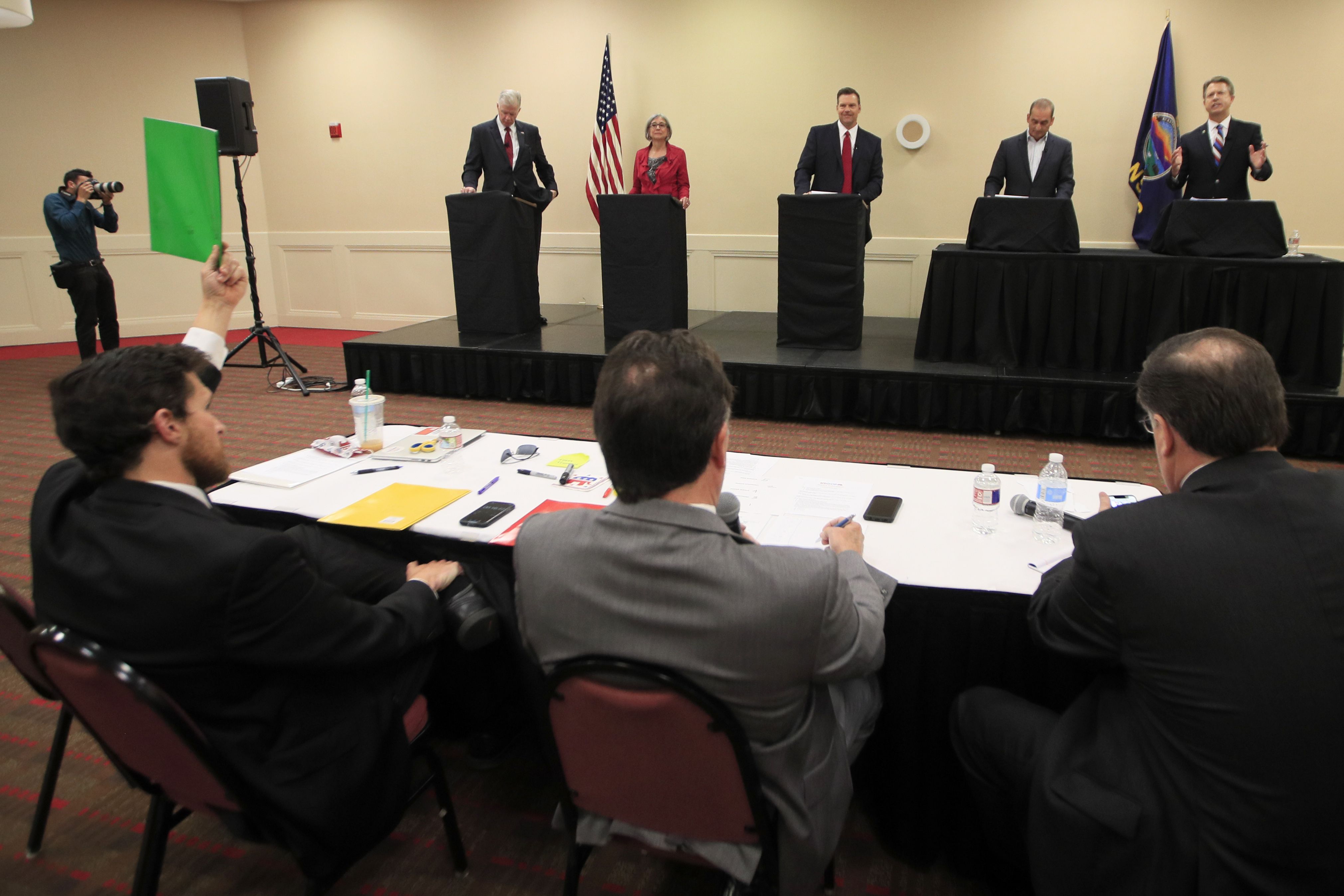 The founder of a Kansas City-area plumbing company who is running for an open U.S. Senate seat in Kansas acknowledged Saturday that he would love to have a highly coveted seat on the Senate Agriculture Committee but doesn’t know how he’d go about getting it.

The question to Bob Hamilton and four other Republicans during a debate was a natural one, given the importance of farm policy to Kansas and the fact that retiring GOP Sen. Pat Roberts has served as chairman of both the Senate and House agriculture committees.

“I am an outsider, and you’ve just got to show me how to do that,” said Hamilton, who was participating in his first debate in Manhattan, home to the Kansas Farm Bureau’s headquarters and the state’s only agriculture college at Kansas State University.

Republicans both in Kansas and Washington are watching to see whether the 60-year-old Hamilton’s late-entry candidacy takes off in what had seemed increasingly like a two-person primary race between U.S. Rep. Roger Marshall of western Kansas and former Kansas Secretary of State Kris Kobach, nationally known for advocating tough immigration policies.

Hamilton opened by saying that Republicans watching the livestream of the audience-less event didn’t know much about him, though he’s been running television ads for weeks. He sometimes seemed to search for words and phrases and focused on broad themes as other candidates touched on policy specifics.

“Finding the words and that kind of thing, you know, I’ll get better at that, and I don’t ever want to be a professional politician,” he said after the debate. “I want to be the guy who will help fix problems.”

Hamilton was able to match Marshall’s $2 million-plus in fundraising by the end of March with his own money. The possibility that he could self-fund a campaign — and a flood of ads telling his story as someone who with his wife raised 12 children while building a company from scratch — have caught many Republicans’ attention.

Many Republicans are nervous about Kobach winning the GOP nomination because he alienated moderate voters in the 2018 governor’s race and lost to Democrat Laura Kelly after emerging from another crowded GOP field. With the GOP worried about keeping its U.S. Senate majority, the party doesn’t need a money-pit race in Kansas when Republicans have won every U.S. Senate race there since 1932.

Hamilton’s story seems designed to appeal to President Donald Trump’s base, just as Trump’s business credentials and outsider status did in 2016. The Hamiltons started their plumbing company in 1983, from nothing, he says, with him making the calls and his wife answering the phone. He eventually had about 160 employees and sold the firm in 2017, though it still carries his name and appears in ads.

There are plenty of skeptics. Kansas Republican Party Chairman Mike Kuckelman said said Hamilton has a “bright future” but that “I don’t think this race is the right race for him to be starting in.”

Billionaire Ray Dalio is one of the world’s richest hedge fund managers. Here are his best quotes on everything from the markets to meditation.

Seeking nominations for the top women transforming the sneaker industry, from designers to resellers

Personal savings are up, carbon emissions are down, and 5 other charts that show the positive things to happen because of the coronavirus pandemic