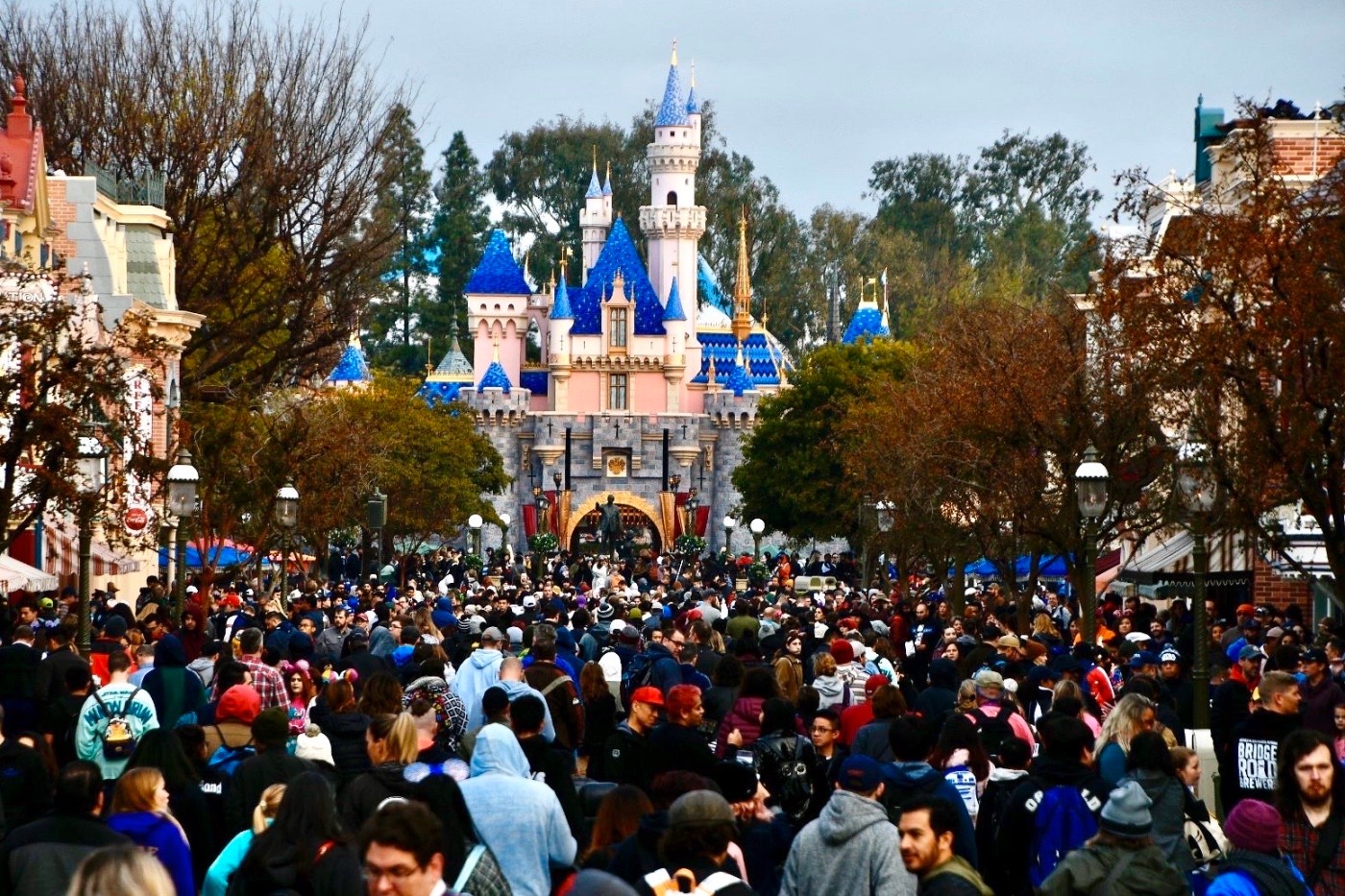 Complaints about crowding at Disneyland and Disney World won’t fly in the court of public opinion or in state houses in Sacramento or Tallahassee when Disney’s U.S. theme parks eventually reopen in the COVID-19 era.

Post-COVID-19 theme park capacity limits will vary widely by state and change over time as each locale gets the coronavirus outbreak under control. But most parks are expected to reopen with limits of 25% to 75% of normal capacity.

But what does normal capacity mean? Is that the fire code limit for the park? A theoretical maximum capacity? Or the average daily attendance?

Florida’s Orange County Economic Recovery Task Force laid out preliminary plans for a phased reopening of theme parks in the Orlando area once the coronavirus crisis begins to wane. The Florida task force’s initial recommendations call for Disney World and Universal Orlando theme parks to reopen at 50% capacity in Phase 1 and at 75% in Phase 2.

California Gov. Gavin Newsom unveiled a four-stage plan for reopening the state economy that didn’t specifically mention theme parks and offered no details on what restrictions would be put in place when Disneyland, Universal and other parks eventually reopen their gates. No post-COVID-19 reopening dates have been set for Disney, Universal and SeaWorld parks in California.

Disneyland’s capacity was approximately 75,000 visitors before the addition of Galaxy’s Edge and is approximately 85,000 when you include the new 14-acre Star Wars themed land, according to Touring Plans, which uses big data and statistical analysis to calculate daily theme park crowd sizes.

An attendance cap of 25% would bring Disneyland’s theoretical COVID-19 capacity down to 21,250 visitors. A 50% cap would work out to 42,500 Disneyland visitors.

“That’s why the phased ‘50% capacity’ guideline doesn’t make a lot of sense,” Touring Plans president Len Testa said by email. “That’s probably pretty close to how many people are in the park at peak time during an average day.”

Disneyland attracts an average of 51,000 visitors per day, according to the Themed Entertainment Association.

“But all of those people aren’t in the park at the same time,” Testa said.

Episcopal bishop of DC ‘outraged’ after Trump hosted a photo-op outside of one of her churches holding a Bible, calling it an ‘abuse of sacred symbols’

AI IN BANKING: Artificial intelligence could be a near $450 billion opportunity for banks — here are the strategies the winners are using