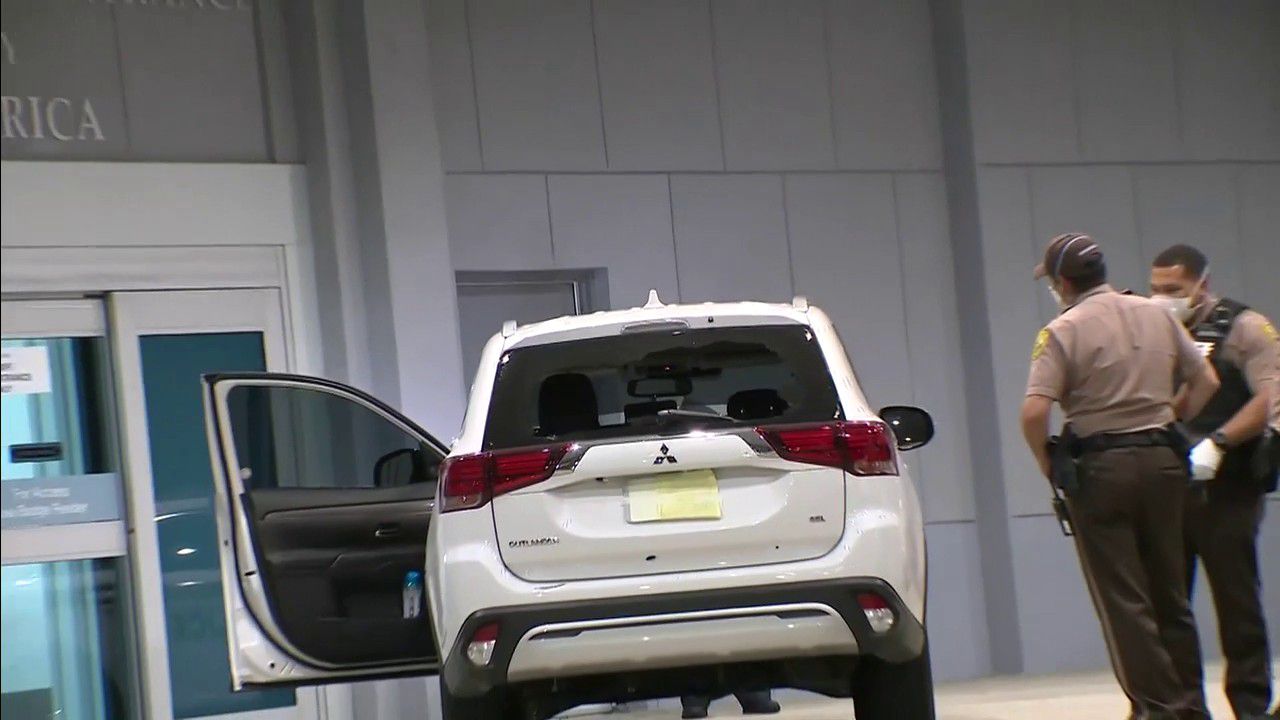 A white sports utility vehicle with a shattered window was parked outside of Jackson Memorial Hospital’s Ryder Trauma Center after a shooting Thursday night in Miami-Dade left at least two people injured.

A damaged sports utility vehicle was parked outside Jackson Memorial Hospital after a Thursday night shooting in West Little River.

Miami-Dade Fire Rescue personnel picked up two victims from another damaged vehicle outside of a Lemon Peppers restaurant at Northwest 27th Avenue and Northwest 54th Street in Brownsville.

A damaged car is parked outside a restaurant in Brownsville after a Thursday night shooting in West Little River.

Detective Angel Rodriguez, a spokesman for the Miami-Dade Police Department, said a police officer was on patrol when the shooting happened near the intersection of Northwest 31st Court and Northwest 88th Street in West Little River.

A man in a white sports utility vehicle told officers that he was being shot at when he returned fire, Rodriguez said. He was with two injured who decided to rush to Ryder Trauma Center.

BIG TECH IN HEALTHCARE: Here’s who wins and loses as Alphabet, Amazon, Apple, and Microsoft hone in on niche sectors of healthcare