L.A. County to judge: Cancel order to relocate homeless from near freeways 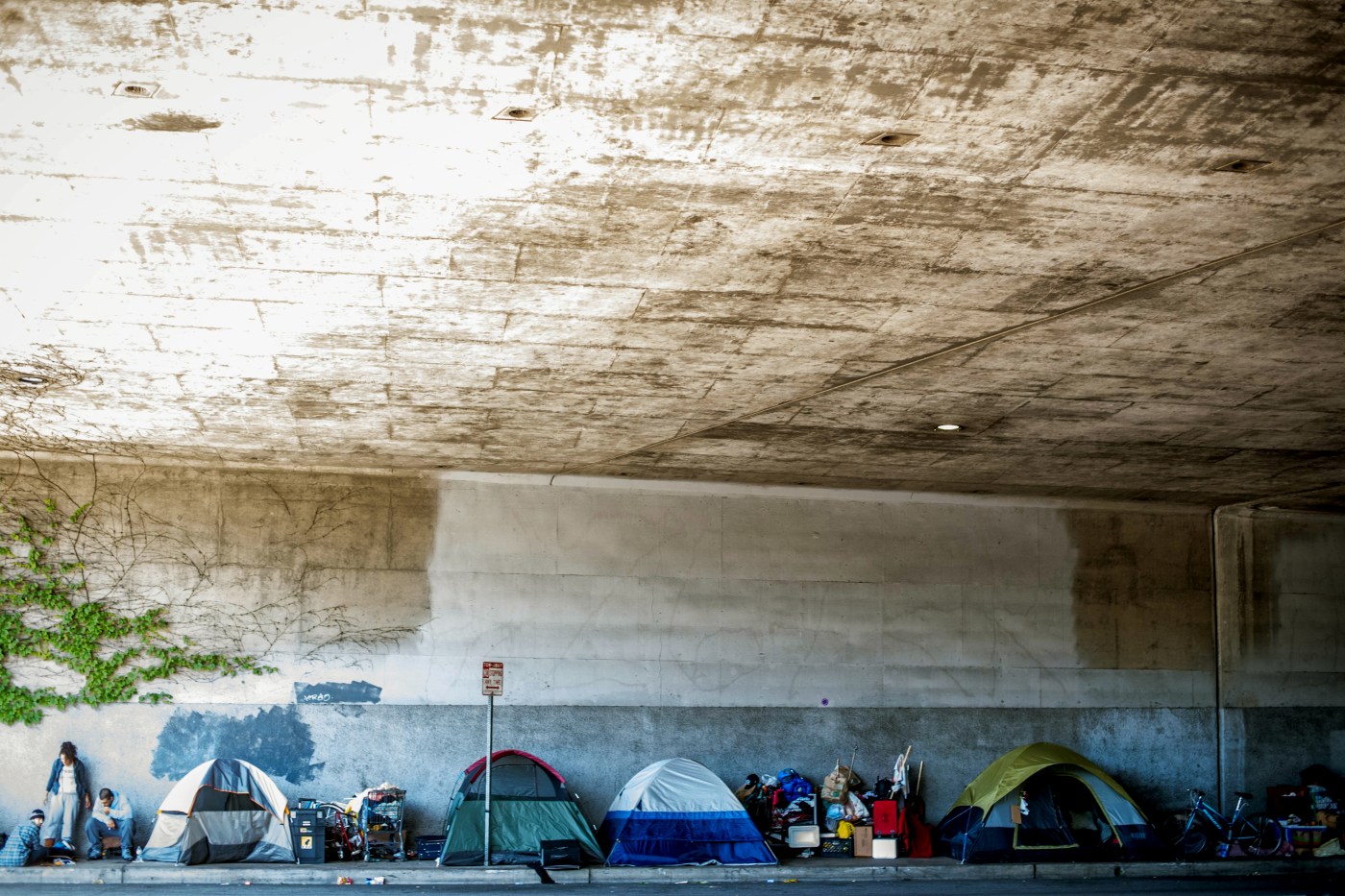 Los Angeles County officials requested on Thursday, May 21, that a federal judge drop his order to relocate people living in encampments near freeways, on the day before the injunction was to go into effect.

Attorneys for the county requested that U.S. District Court Judge David O. Carter vacate his preliminary injunction order, which was issued last Friday, May 15, “so the parties can meaningfully and productively work through complex settlement issues in good-faith.”

They said officials wanted to work with “the court and the parties to achieve realistic, achievable solutions,” but added that the preliminary injunction “is not the right mechanism to address the court’s — and the county’s — goals.

This week, L.A. County and City officials were unable to agree on a unified plan to offer housing or shelter to an estimated 6,000 to 7,000 people living near freeway underpasses, overpasses and ramps.

The order stems from a lawsuit filed by LA Alliance for Human Rights, a coalition of Skid Row area business groups, that accuse city and county officials of failing to properly respond to a growing homelessness crisis that now sees nearly 60,000 people living on the streets or in temporary shelters.

The order was issued by the judge amid settlement talks aimed at coming to a broader agreement to respond to the homelessness crisis countywide.

Talks appeared to have broken down this week amid disagreements over how the plan to move people from near freeways would be funded. The city and county had filed separate plans for how to comply with the order, and it was unclear as of Thursday how efforts would proceed once the order went into effect Friday.

The county’s objection came as city officials maintained that the county needed to provide funding to operate shelters they hoped to set up to house the thousands of people in Los Angeles city who may be relocated from along and under freeway.

In another filing earlier this week, city attorneys wrote that setting up the shelters would cost between $100 million and $130 million. But they also said the operation and services that will be needed to “come with a substantial cost, one that must be shared between the City, the County, and LAHSA (Los Angeles Homeless Services Authority).”

In their own filing Thursday, the city’s attorneys asked for two more weeks to continue talks.

Meanwhile, the county’s objections were backed by attorneys for homeless advocacy groups that have intervened in the case.

They wrote that while they appreciated the recognition by the judge that there were health risks associated with living near freeways, such as “exposure to pollution and environmental hazards,” they were opposed to the injunction requiring that “the city and county to relocate individuals who are homeless away from these locations.”